A new perspective on Compact-living

Special compact living developments could bring an additional £200m of income and just over 1,000 new jobs to Central London, a new study has found.

The report from Development Economics also found that compact living could reinvigorate many communities in Zone 1 by enabling a mix of young workers to live centrally.

The report, commissioned by regeneration specialist U+I, compares the social and economic impacts of its compact living approach when compared with more typical central London developments. Compact living town flats would be housed in buildings with a range of communal and co-working facilities. These town flats would be for rental only, meaning they could not be sold on by speculators. Because of their smaller size, they could be built within Zone 1 and still be affordable for those paying the London Living Rent.

In the report, based on an assumption of locating five town flat developments sites in each of the nine inner London boroughs, the key economic findings are as follows:

It is this return of young working age adults to central London that leads the report to highlight the social benefits of the town flats concept.

London residences are increasingly being bought as second homes. This trend threatens to 'hollow out' Central London, with a consequent decline in demand for the services required by full time residential populations. Residents in the compact living solution on the other hand would be active communities making their homes in in the studio apartments provided by the scheme. The report concludes that "the proposal for compact living developments to provide apartments for rental only at affordable rates on highly accessible sites is therefore the type of innovation in housing delivery that London will need if the enormous challenge of meeting future housing demand in the capital is to be met."

People increasingly want to live, work and play in the same place and we want to develop something that not only re-fills hollow London, but also brings communities back to life and delivers real social and economic benefits.

The report was welcomed by U+I Deputy Chief Executive, Richard Upton, who said: "For too long and for too many people London has been hollowing itself out - diluting the rich blend which has made it the global capital. The centre is now only affordable to either the very wealthy, only occasionally present, or those living in what social housing remains. For a new generation of workers in the middle, often working centrally, living in the middle of London has long been a dream. People increasingly want to live, work and play in the same place and we want to develop something that not only re-fills hollow London, but also brings communities back to life and delivers real social and economic benefits.

"Ideally we would like to develop these sites in association with public sector bodies who have unused land. This could bring additional social benefit to the public sector by generating much needed revenue from the rental income, while retaining ownership of their assets."

The inspiration for the town flats concept is reinforced by a paper, also commissioned by U+I, from the author of Stuffocation, James Wallman. In the paper, entitled Can we fix it?,Wallman identifies the costs of Hollow London.

"London's broken housing market is especially tough on one group of Londoners – hard-working, middle income-earning single people. Since many chose the outer London option, this causes them to live more isolated lives, far from where they work, and often far from their friends and work colleagues.

"This is also bad for Greater London and surrounding areas, because it increases pressure on our transport system, creating even worse commutes. It is also bad for central London because, with an entire section of the working population no longer able to afford to live there, the core of London becomes less diverse."

One key trend that fits in with the compact living approach is people's increasing desire to have fewer things and take up less space:

"One of the reasons why we are less bothered about owning things, is that we can now have all the benefits of access to a good, without the hassle of owning it. Spotify, for example, means you no longer need a radiogram or a roomful of CDs. Having a Kindle means that all your books will now fit into one small device."

He also identifies a shift from materialism to what he calls 'experientialism': "instead of looking for happiness and status in material goods, we are finding them in experiences instead.

"People who live in central London are more likely to be experientialists than the average person. They have chosen location and experiences – because of the myriad experiences the city offers – over space and stuff."

The author of the Development Economics report, Stephen Lucas, concluded: "With greater numbers of people than ever choosing location over space when deciding where to live, building sufficient quantities of high-quality, centrally-located housing will be essential for London's future economic, social and cultural growth.

"Our findings show that delivering professionally-managed compact living developments along the lines of those proposed by U+I would lead to an increase in the number of young, working people living in the city centre, significantly boosting the local economy of the surrounding area".

U+I has built two of its proposed town flats at its offices in Victoria and modelled the compact living developments on existing central London sites. 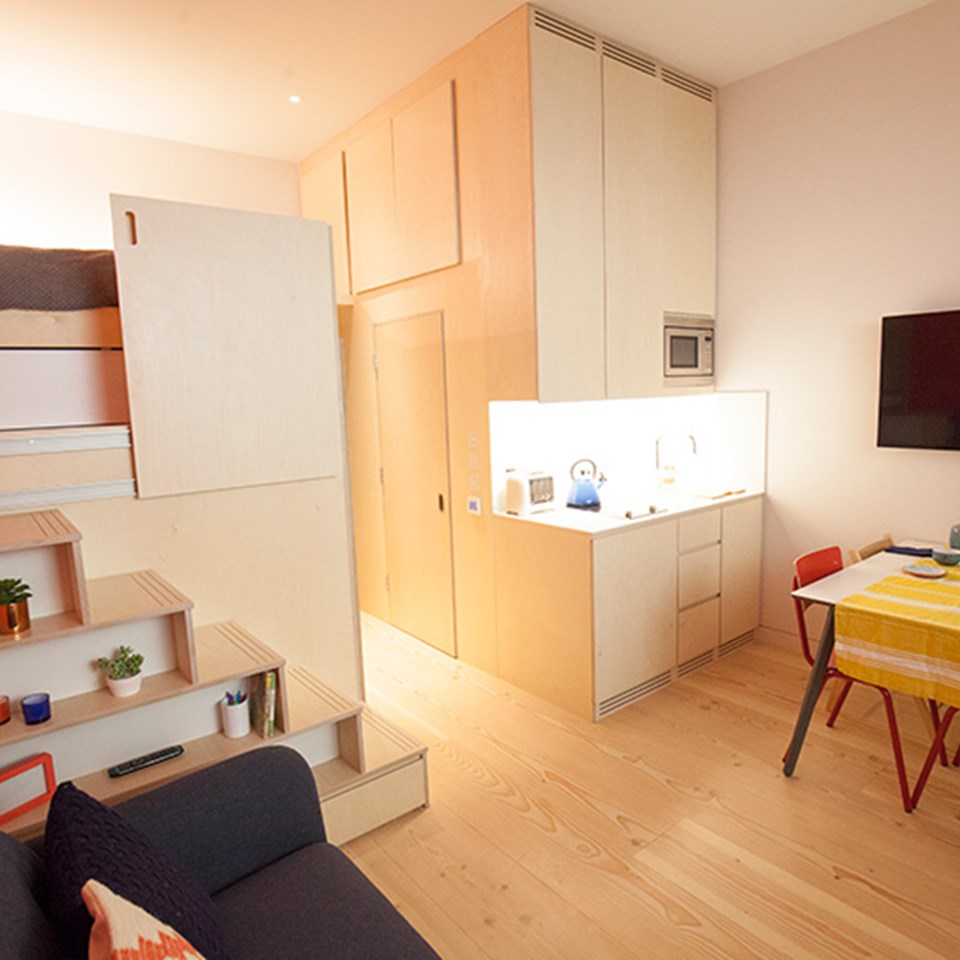 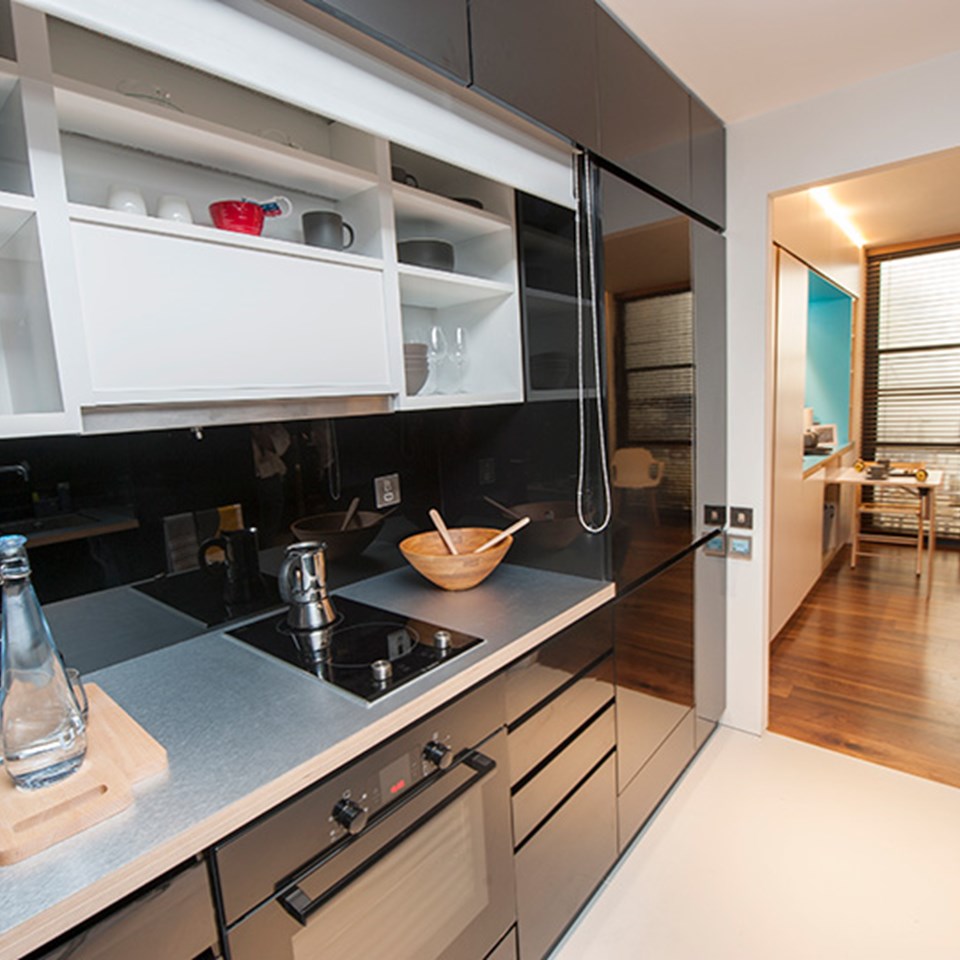 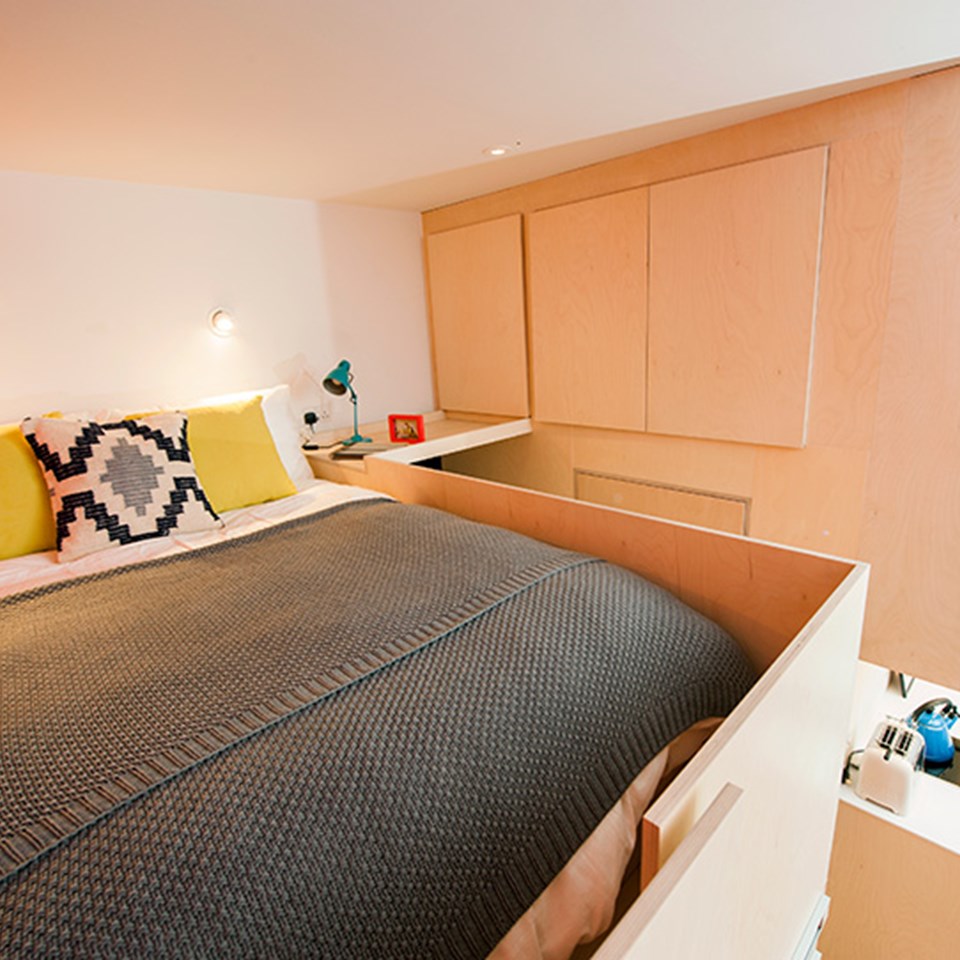 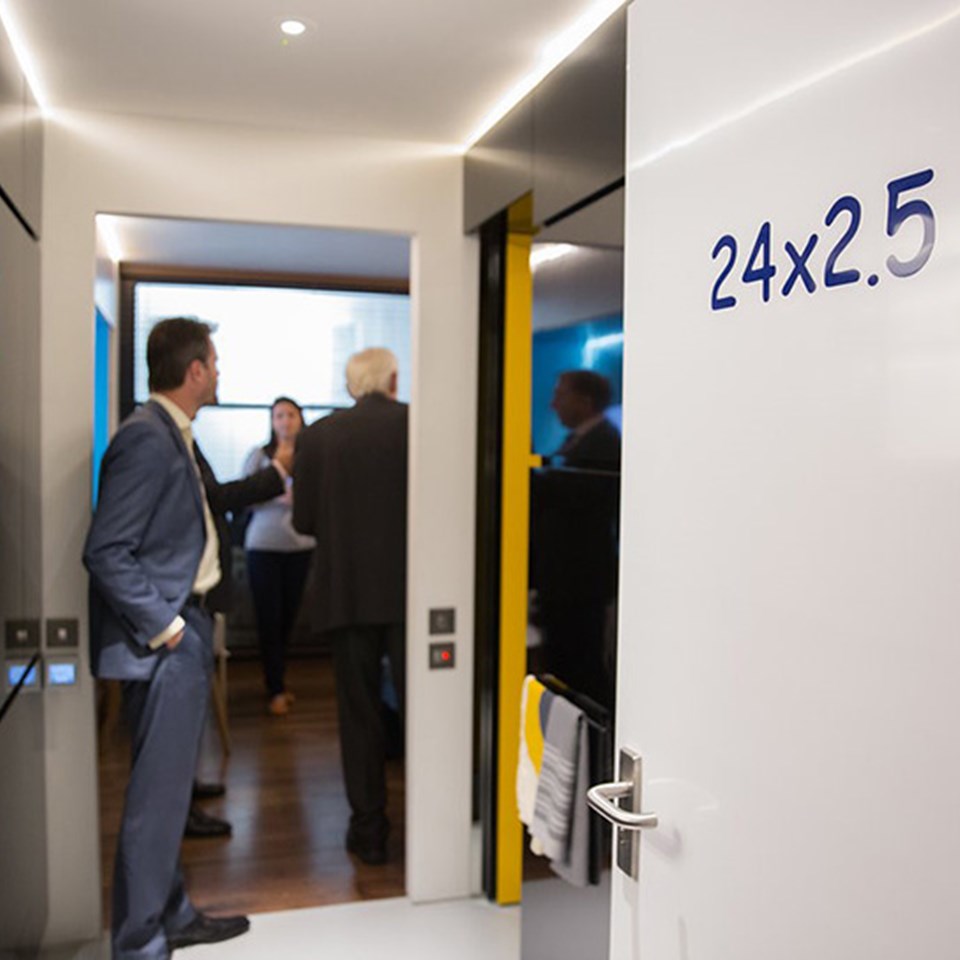 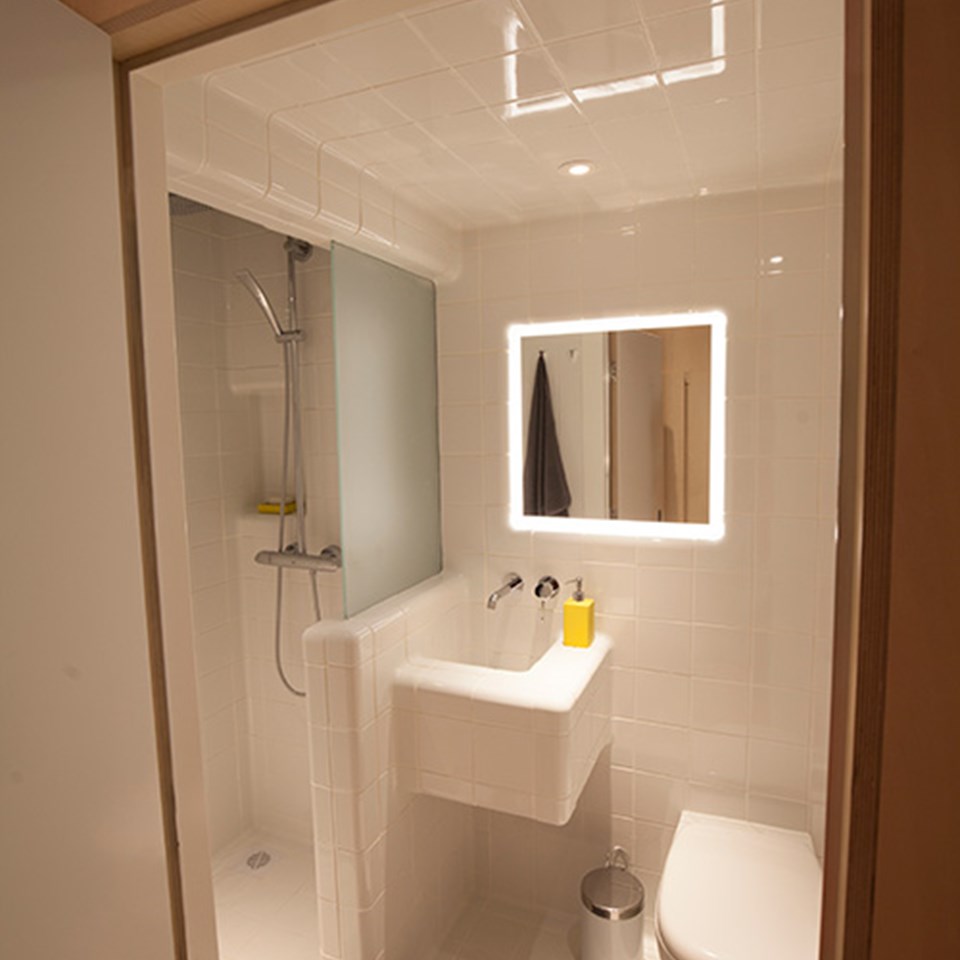 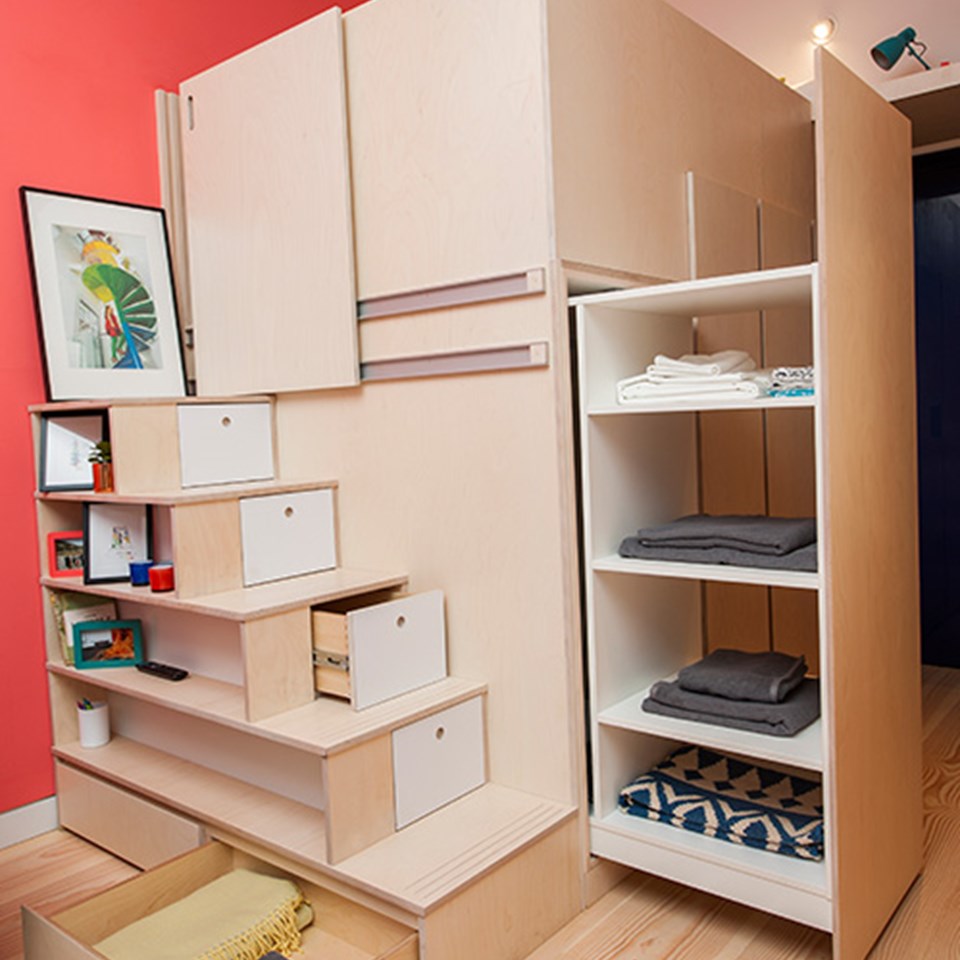 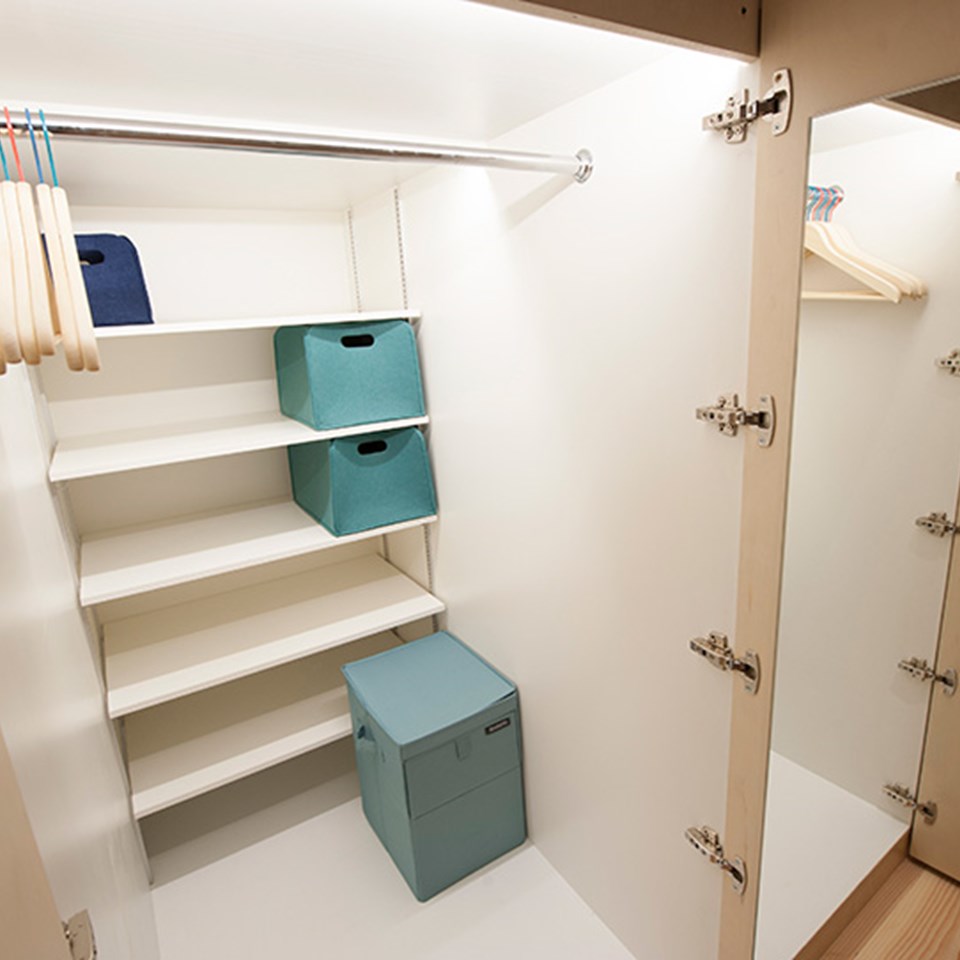 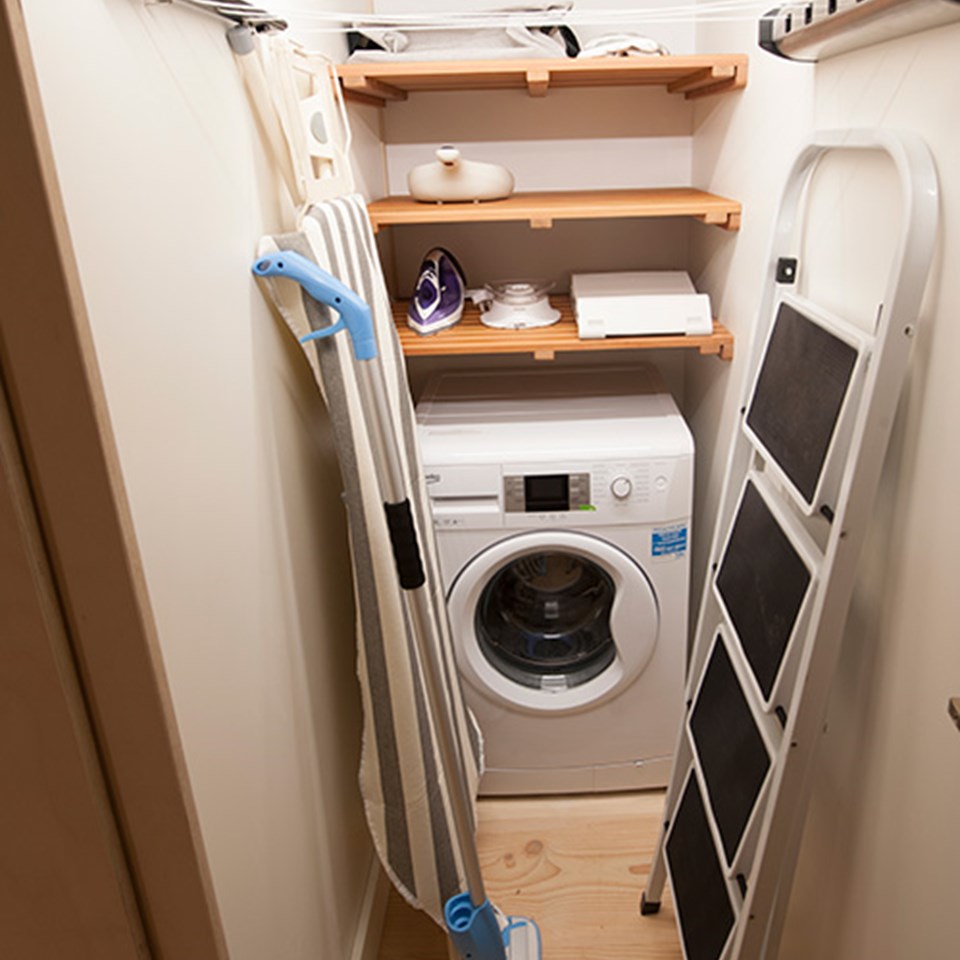 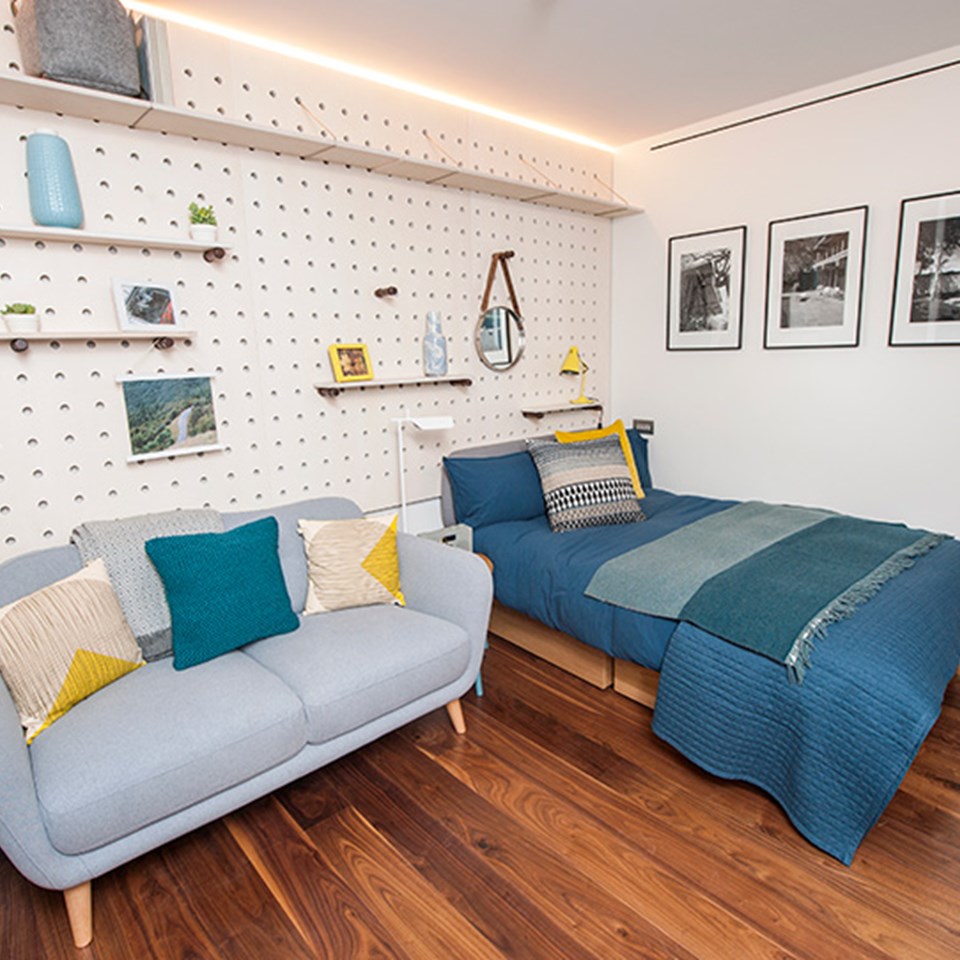 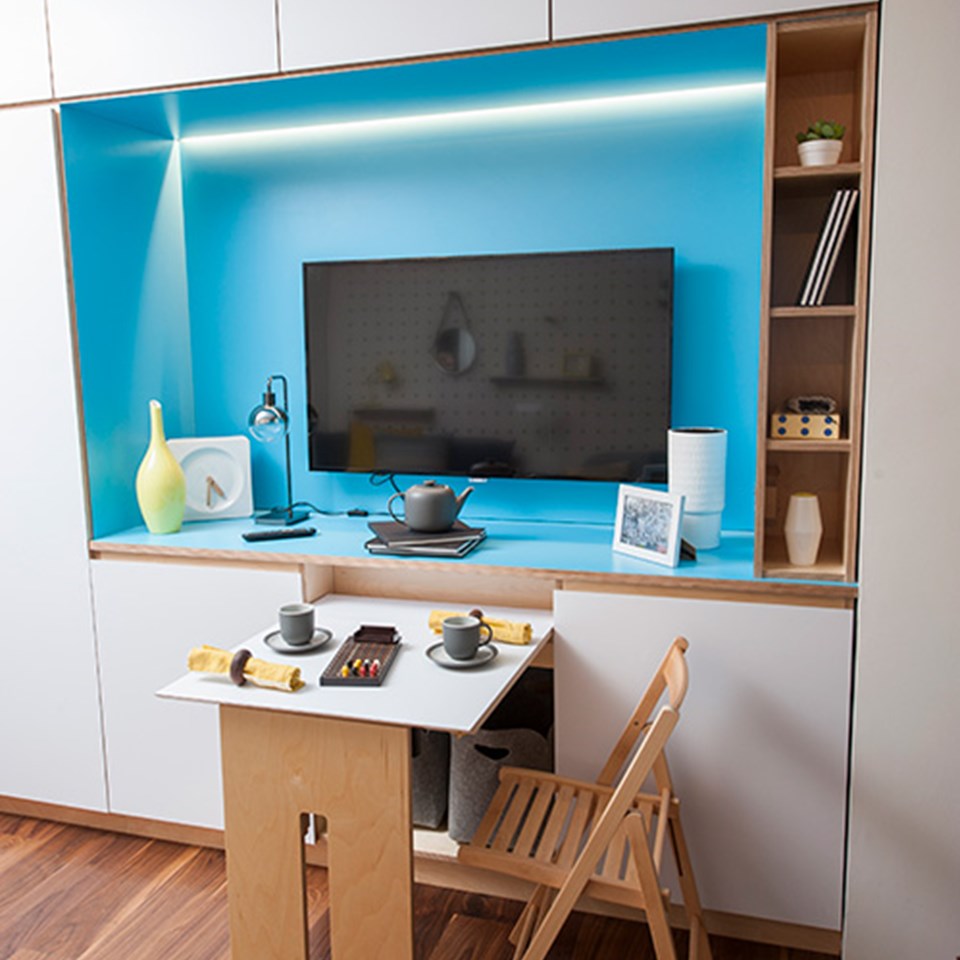 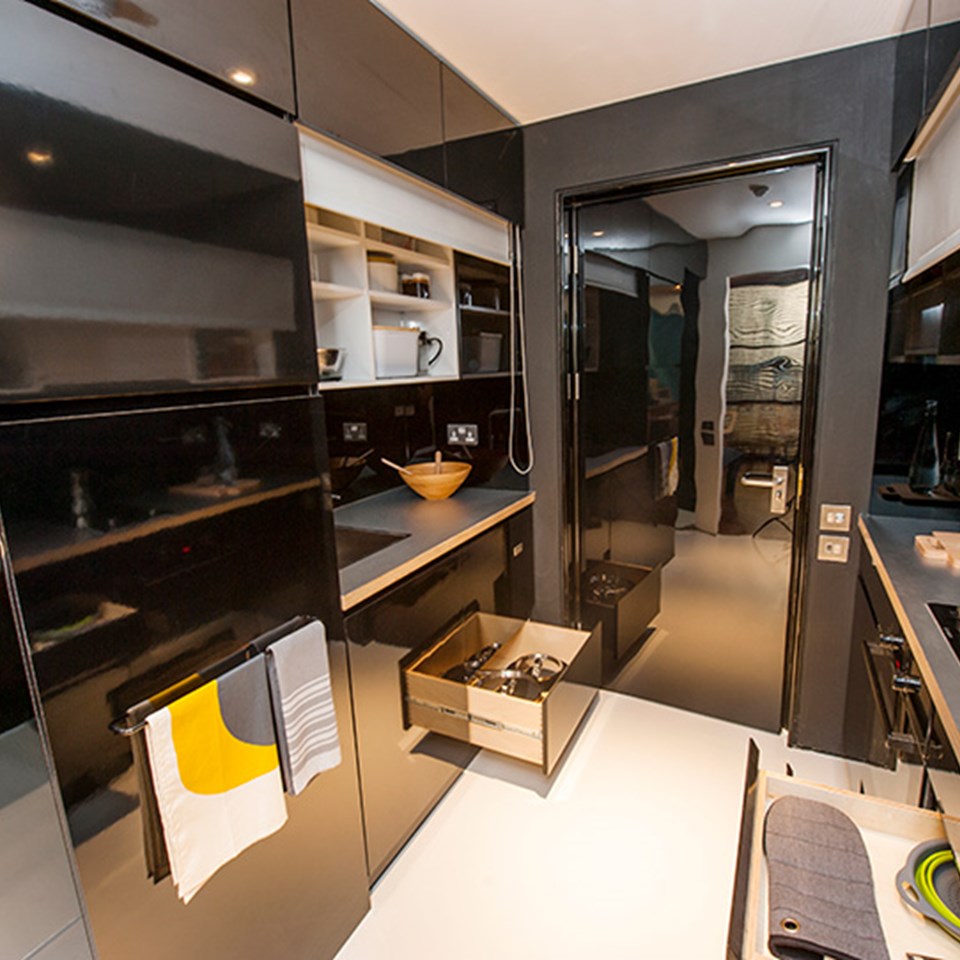 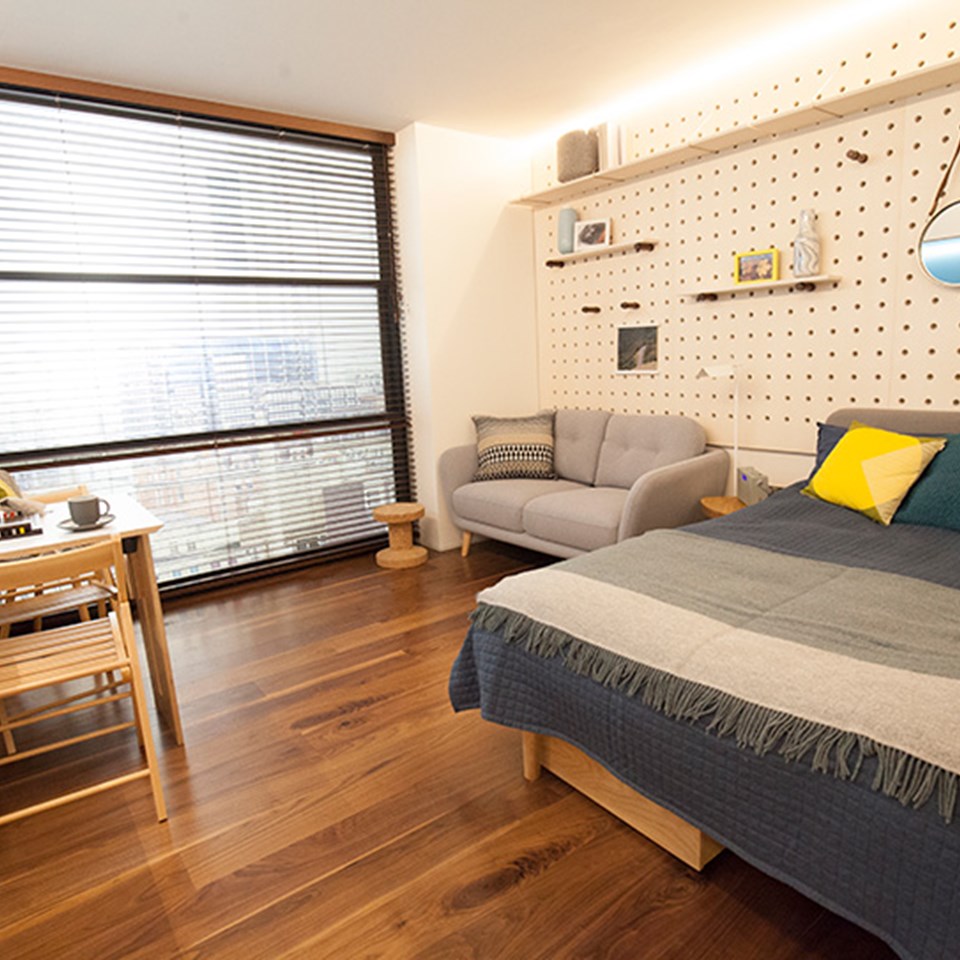 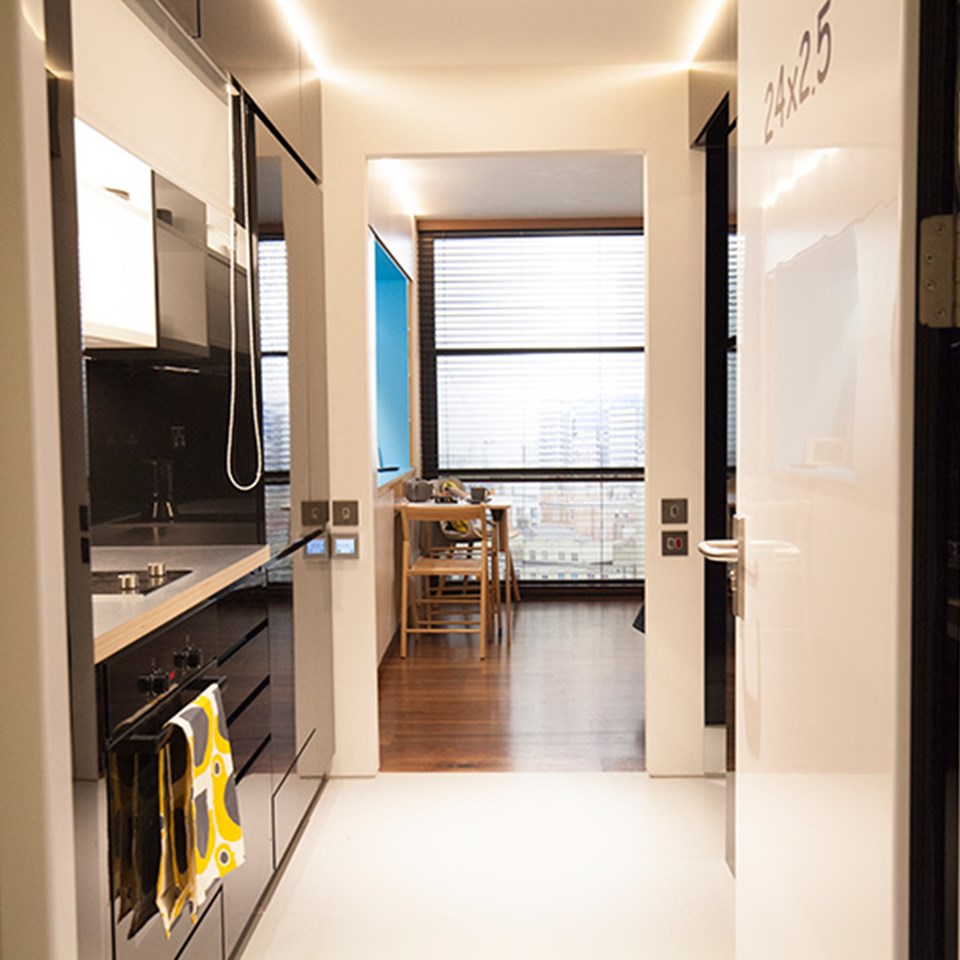