When thinking of laundrettes, it’s impossible not to regard them with a sense of nostalgia.

In the mid-1980’s Levi’s jeans televised an advert set in a laundrette. It was a simple scene where a handsome young man enters a laundrette, he nonchalantly takes off his jeans in front of the other customers, puts them in the machine and waits.

Sir John Hegarty, worldwide creative director behind the iconic ad said, “we wanted an egalitarian environment, somewhere you would find almost anyone, and the launderette had that.”

When thinking of laundrettes, it’s impossible not to regard them with a sense of nostalgia. They used to be a central and vibrant part of a community that brought people together. In the 1980s it was recorded that there were over 12,500 laundrettes in the UK, but in 2016 this was reported to be down to just 3,000 as up to 97% of households now have washing machines. It’s a tale as old as time, with new technology disrupting society and transforming business models.

At U+I we like to be disruptive in our industry, but for all the right reasons: ensuring that we develop with purpose. Preserving the sense of community and listening to the local people is an integral pillar of U+I’s way of working. It was a key part of our vision to create the Old Laundry Yard as part of Shepherd’s Bush Market, which opened 20th April.

Located on the site of a disused laundry and building on the heritage of the already thriving local Shepherd’s Bush Market, Old Laundry Yard is a new neighbourhood hangout offering the very best of West London’s street food and a community space for workshops and events.

Made up of 72 shipping containers, the market provides affordable workspace for local businesses and entrepreneurs alongside a bar and selection of local street food. The food served there reflects the diversity and multi-cultural melting pot of West London and is host to some of the best start-ups and independents from the local community.

Local traders that have already grabbed a spot and joined the community of traders at Shepherd’s Bush Market include West-African street food stall, Jollof Mama, popular grilled cheese sandwich and skin on fries trader, Pommes Fries, and well-known pop-up bar specialist, We-pop who will be curating the market’s drink offering, Old Laundry Bar. With more traders to be announced in the Summer, the market will act as an important platform for local foodie start-ups, many of whom will be entering their first permanent premises. As exemplified by Maxine Cooks, a business selling all natural vegetarian meals and healthy desserts will be opening its first ever trading site. Maxine has been working out of her own kitchen for the last few years targeting the lunch time delivery trade.

To mark the launch of Old Laundry Yard, we brought the community together by hosting a series of 1950’s inspired celebrations harking back to the glory days of launderette. The Yard was full of professional jive dancers, 50’s roller skaters, stilt walkers and live music from the five-piece, female fronted band Josie & the Outlaw.

By working with the local community and understanding their needs, together we’ve been able to transform a space that had been unused for years into a central hub for everyone to come together. We live in a word that is constantly progressing and changing around us and we have to adapt with the tide of change, but we don’t believe that we need to lose our values along the way. So we hope that our Old Laundry Yard will inject a new lease of life to the area and bring people together, much like the old laundrette used to. 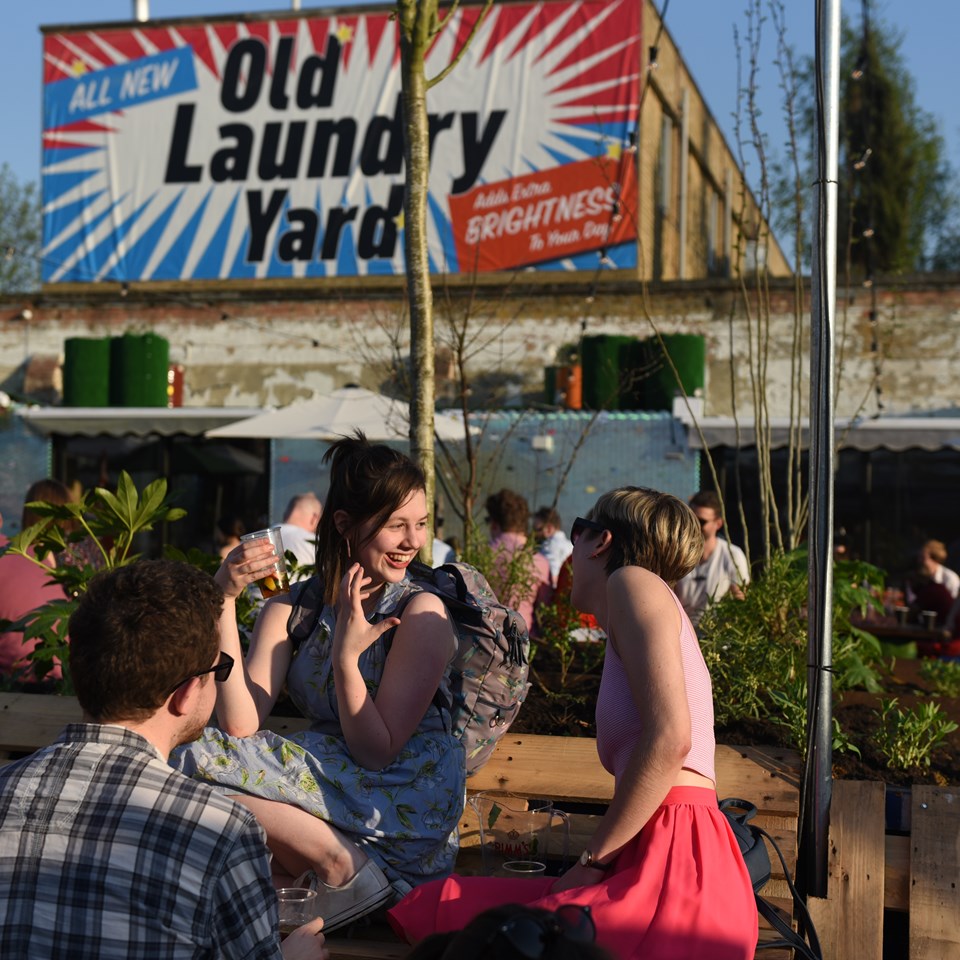 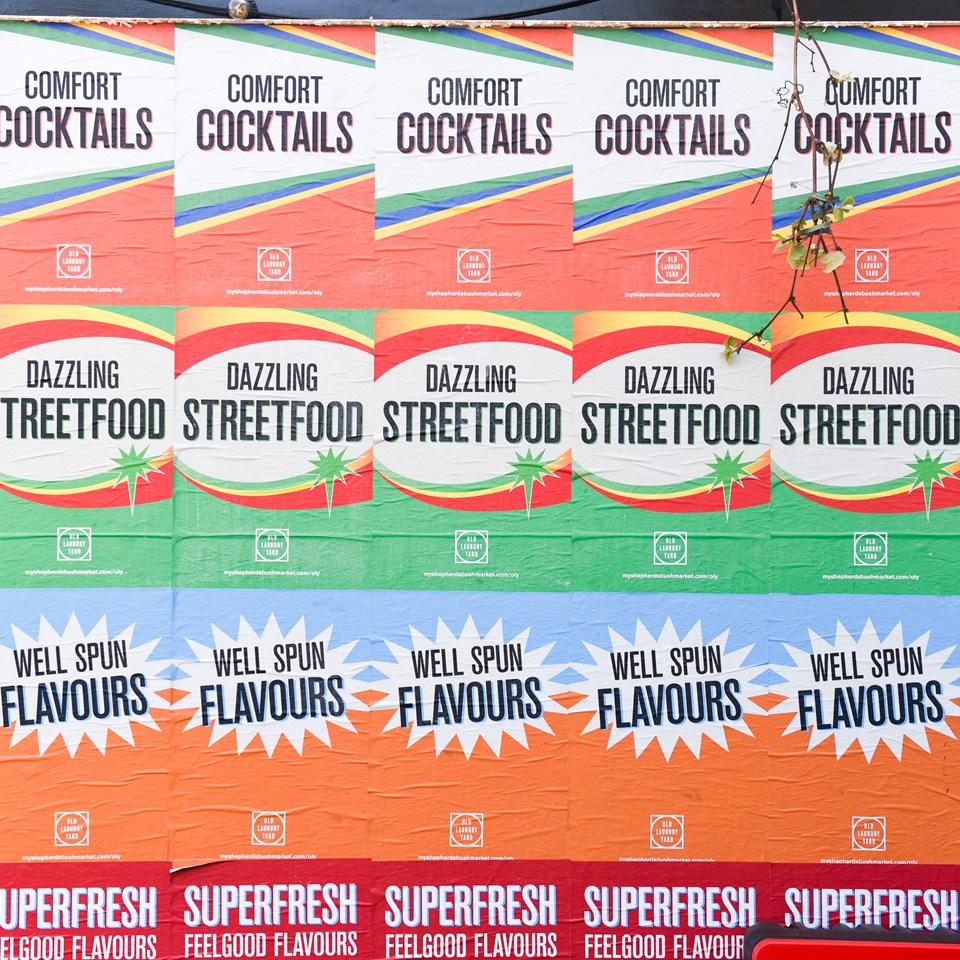 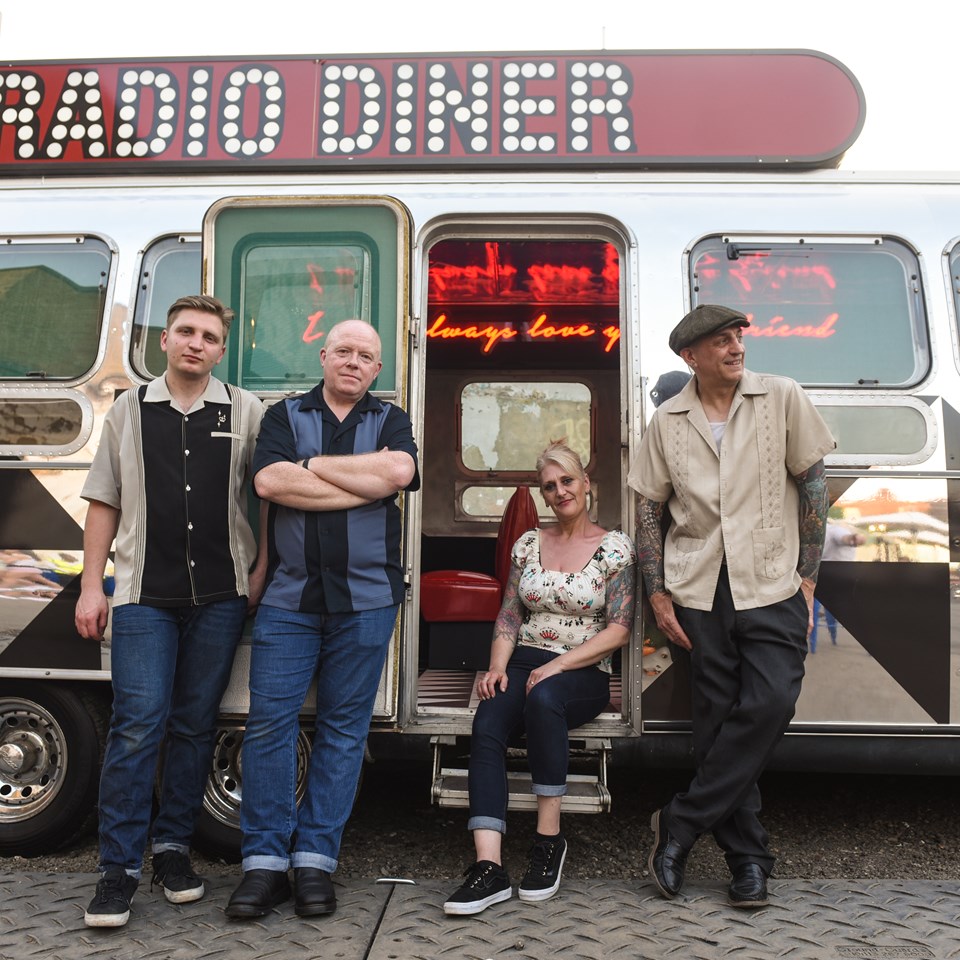 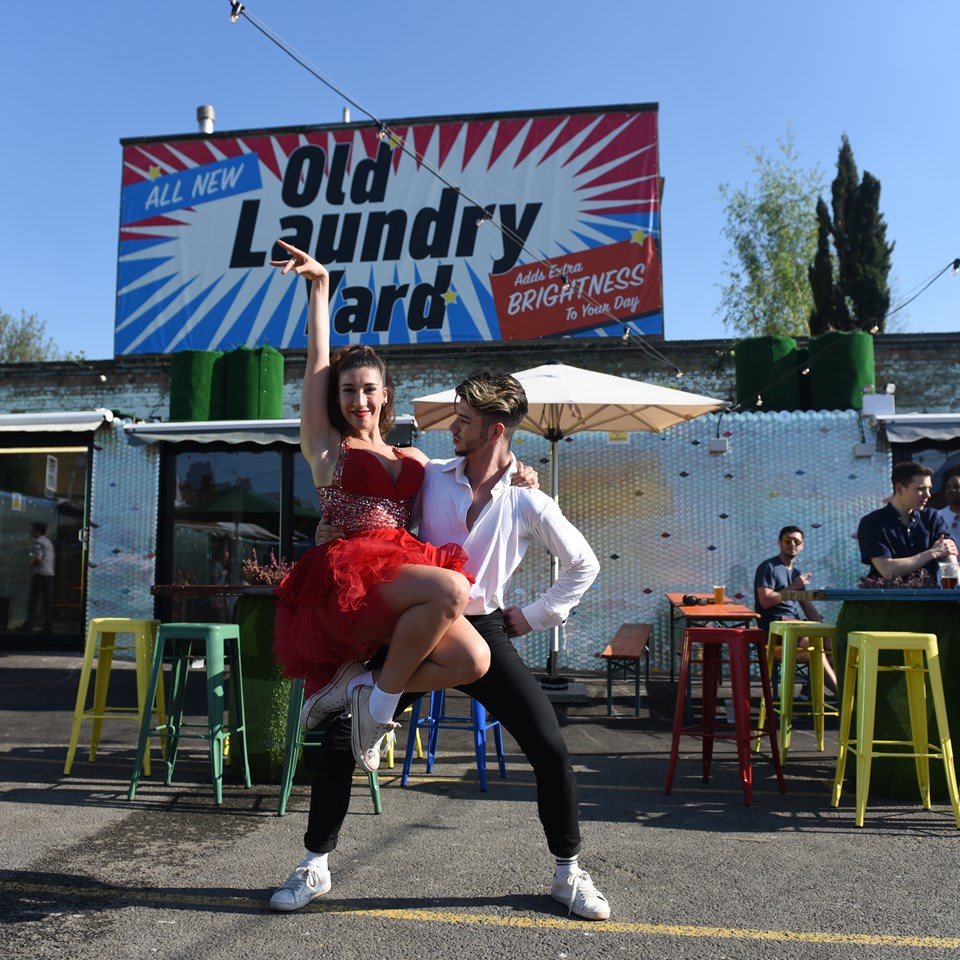