U+I has been selected to breathe life back into a long-neglected site in the heart of Manchester with the £850m regeneration of Mayfield.

Proving that we can do more in partnership than by working separately, Mayfield is set to be an example of the best in private-public partnerships. Selected as the development partner for the scheme, we will be working alongside the LCR, Manchester City Council and Transport for Greater Manchester as the collective Mayfield Partnership.

Chosen from a shortlist of three strong bidders which also included Urban & Civic and a consortium formed by Carillion, Ask and Patrizia, there was firm consensus amongst the Partnership that U+I’s bid successfully captured the vision for a distinctive new high quality urban neighbourhood and a gateway into Manchester City Centre.

The site, adjacent to Piccadilly station and once home to the Mayfield railway station, has been derelict for over a decade and the regeneration will breathe new life into what was once a thriving city district.

Designed by Studio Egret West (SEW), Mayfield will deliver an iconic, mixed-use community in the heart of Manchester. The scheme will provide 1,300 homes, 75,000 sq m of office space, a 350-bedroom hotel, retail and leisure facilities and a new city park in total creating over 7,500 office, retail, leisure and construction jobs. It will reshape and extend the city towards Manchester Piccadilly; building on the benefits of the Northern Hub, Network Rail’s programme of targeted upgrades to improve rail connectivity in the north of England; and act as a catalyst for the regeneration of the wider Piccadilly area. 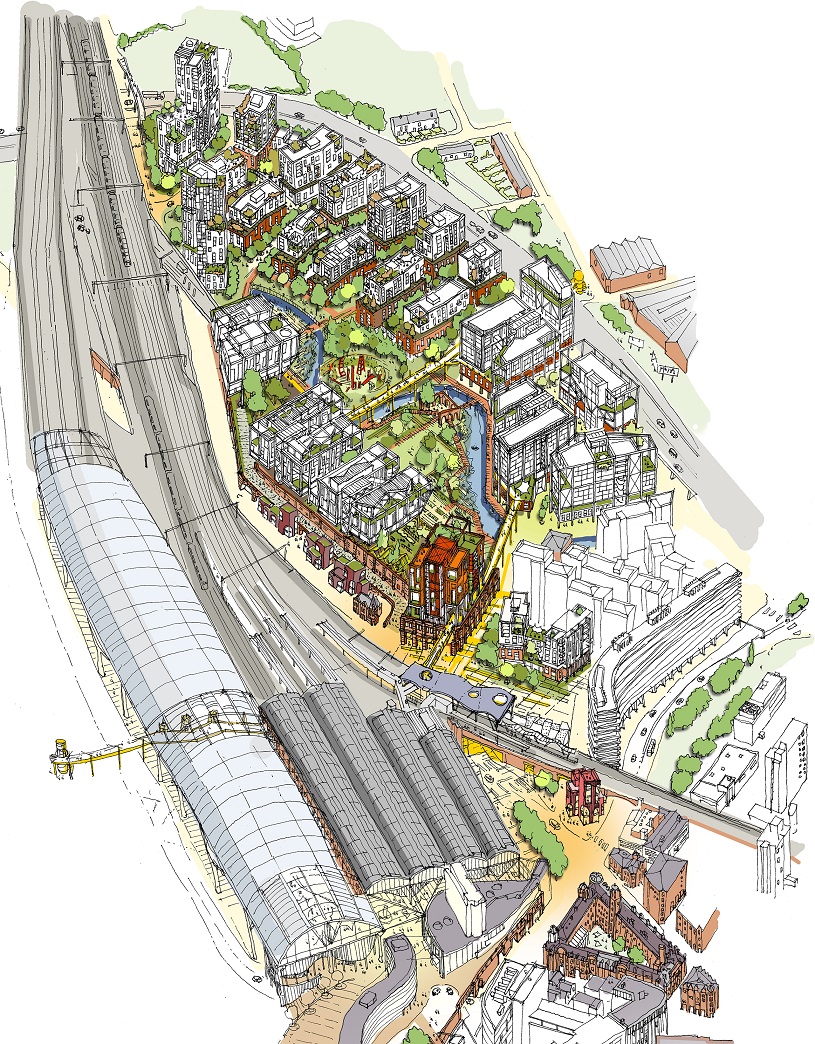 Drawing on our passion for ensuring heritage remains at the core of the projects we undertake, the regeneration will enhance many of Mayfield’s historic features: developing alongside and improving the River Medlock which flows through the site; maintaining some of the iconic buildings that still stand; and making the most of the railway heritage of the area.

“U+I has built a successful track record working alongside public sector bodies to deliver innovative and award-winning schemes. We have the skills and the creative vision to deliver a project of which Manchester can be proud and which will further support the city’s position on the world stage as a centre of enterprise, tourism, culture and socio-economic growth. We are passionate about Manchester, and we are passionate about transforming a place with a proud industrial heritage into a 21st Century hub, realising its potential while respecting its past.”

Mayfield is hugely significant for us – not only does it draw on our firm belief in public-private partnerships as a way of creating the places communities truly want and need, but it exemplifies our long-term commitment to Manchester. Working closely with LCR, Manchester City Council and Transport for Greater Manchester, we are delighted to play a key role in Manchester’s continued growth and wellbeing for years to come.